Home » Apple Inc » Did you notice The iPad doesn’t have a calculator ? why?
Apple Inc

Did you notice The iPad doesn’t have a calculator ? why?

IF you’re deep in the Apple ecosystem, you’ve probably noticed that the iPhone, Apple Watch, and Mac all have calculator apps, but the iPad doesn’t. This has left too many people wondering, Why? And that’s exactly what I’ll explain right now. When the iPad was being created, a guy named Scott Forstall was leading software development. He was responsible for this morphic interface featured early on an iOS and the calculator. The app included in the iPad prototype with Leah, a scaled-up version of the iPhones; the software team assumed the final product would ship with this calculator. But once a Steve Jobs, thought to see it one month before the iPads release, he met with Mr. Forstall, right away saying, where’s the new design for the calculator? This looks awful, forestall replied. What new design? This is what we’re shipping. With this, Mr. Job said, no, pull it; we can’t ship that. Although fourth all tied, he convinced Jobs to keep the calculator on iPad. He was given an ultimatum to redesign, the calculator app needed to reface to make it look good on the iPads larger display, or it won’t be included with the iPads released just weeks away. His team was not able to create a new app from scratch. So the original iPad shipped without a calculator, forcing users to download third-party solutions from the App Store, most of which had ads and provided a worse user experience than simply including a scaled-up version of The iPhone calculator. 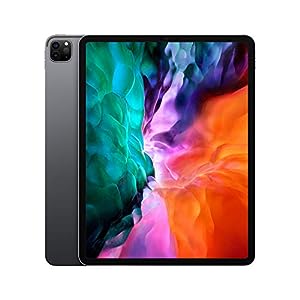 It may seem odd for Jobs to have such strict standards for something as simple as a calculator app, but this wasn’t out of the ordinary for him. In fact, this wasn’t even his first calculator Fiasco. In 1981, when Steve Jobs was leading the development of the Macintosh, he wasn’t satisfied with the initial design of the system calculator; he told Chris Espinosa the Creator, Well, it’s a start, but basically, it stinks. The background color is cute. Dark some lines of the wrong thickness and the buttons are too big. So Espinosa doubles jobs; he continued working on it until he was satisfied. But every time he created a new iteration of the calculator, jobs would point out new things he didn’t like about it. So, Espinosa decided to let jobs be the designer instead by creating a program that allowed every visual attribute of the calculator to be customized from line thickness to button size. Then Jobs sat down with the new program.

You spent some time adjusting its design until you are satisfied with the calculator. It is being used with the original Macintosh in 1984, until Mac OS 9, whose latest release was 2001, but what about today? Steve Jobs isn’t CEO of Apple anymore, but they still haven’t included a calculator on the iPad. Well, in an interview, here’s what Apple officials said, the iPad still does not have a default weather and calculator app. People want to know why, you know, there are some things that we have not done because we don’t want to do it; we would want to do something really distinctly great in that space. And I think it’s obviously easy, create a calculator app by creating one that feels like, wow, this is it. This is the Latest iPad calculator app.

It felt like we want to do it when we can do it really, really well. And we honestly have just haven’t gotten around to doing it great. So that date that day may come. But still, they won’t create an iPad calculator until it’s truly great, which is essentially the same position Jobs spoken in 2010. The problem is, they don’t even appear to be working on an iPad calculator since they’ve had over a decade to Make it happen. But we’ve seen how people suffer from this sort of analysis, paralysis before they didn’t include copy and paste in iOS until years after Android. Apple didn’t include an app Library until IOS 14; something Android already had for a decade. Well, it has become frustrating by these quirks and apple philosophy. It’s helpful to recognize that their restraint when adding new features probably helps more than it hurts.

It shows they only had a feat that improves. Instead of making it messy, complex, or counterintuitive, your experience also proved that they respond to customer feedback. Apple once talked about Siri and how it should behave after a voice Command. Strangely, Siri doesn’t dismiss itself after a few seconds of completing an inquiry. Instead, users are forced to swipe back to their content. All quietly, updated Siri to disappear after about 5 seconds automatically. Something that makes the experience much more pleasant, especially when using hands-free voice commands. So based on Apple’s previous actions, I expect to see a native iPad calculator app soon. I hope it’s sooner rather than later. Alright, guys, thanks for reading till the end.

Significance of Deals, offers, and discounts

We make sure you don't miss any offers and deals.